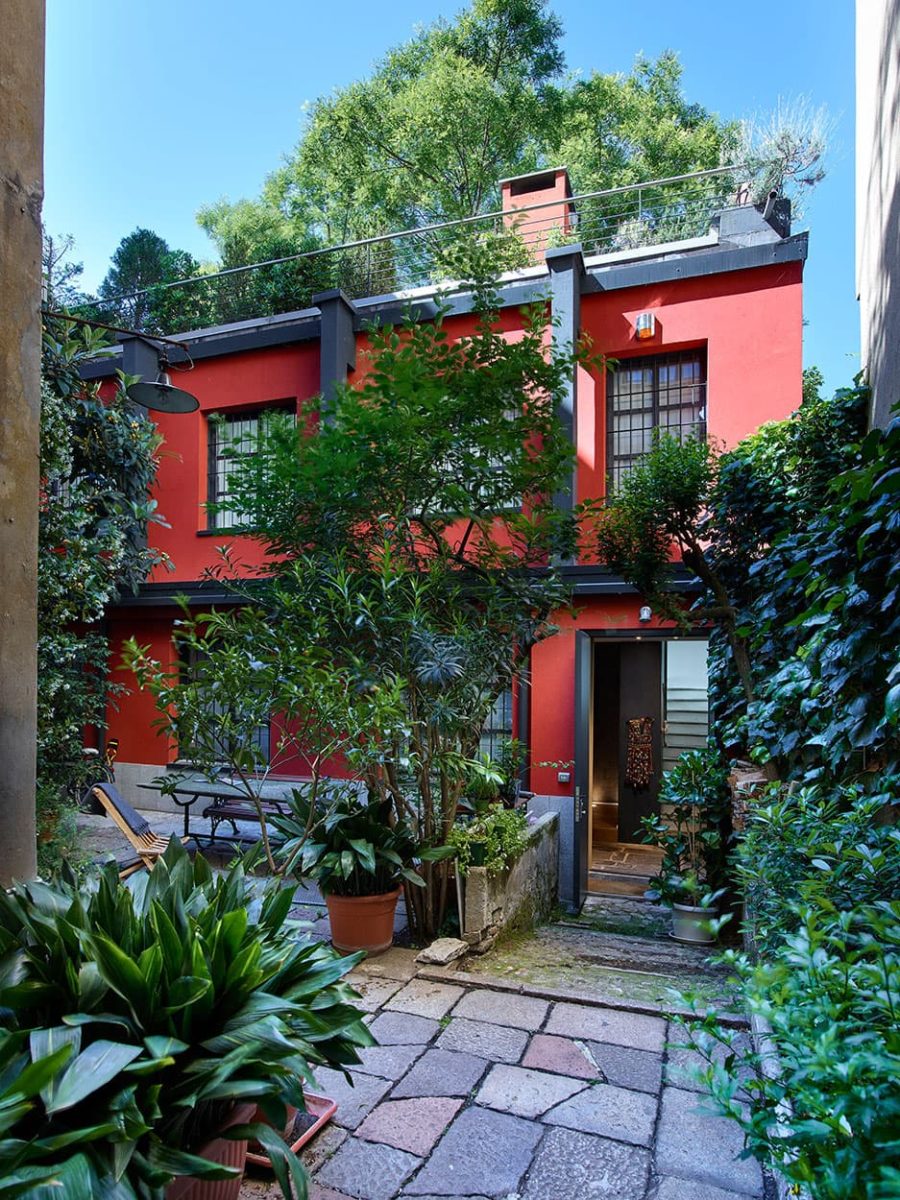 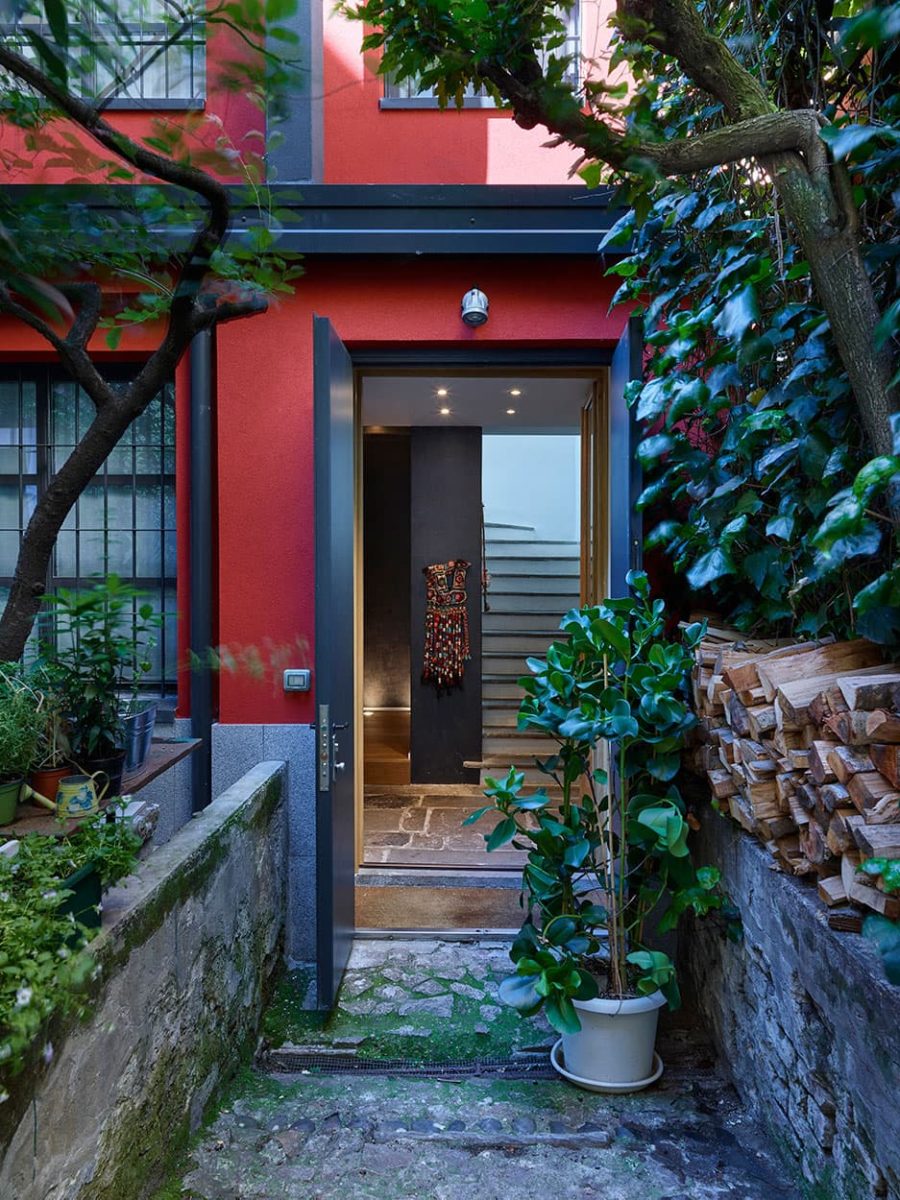 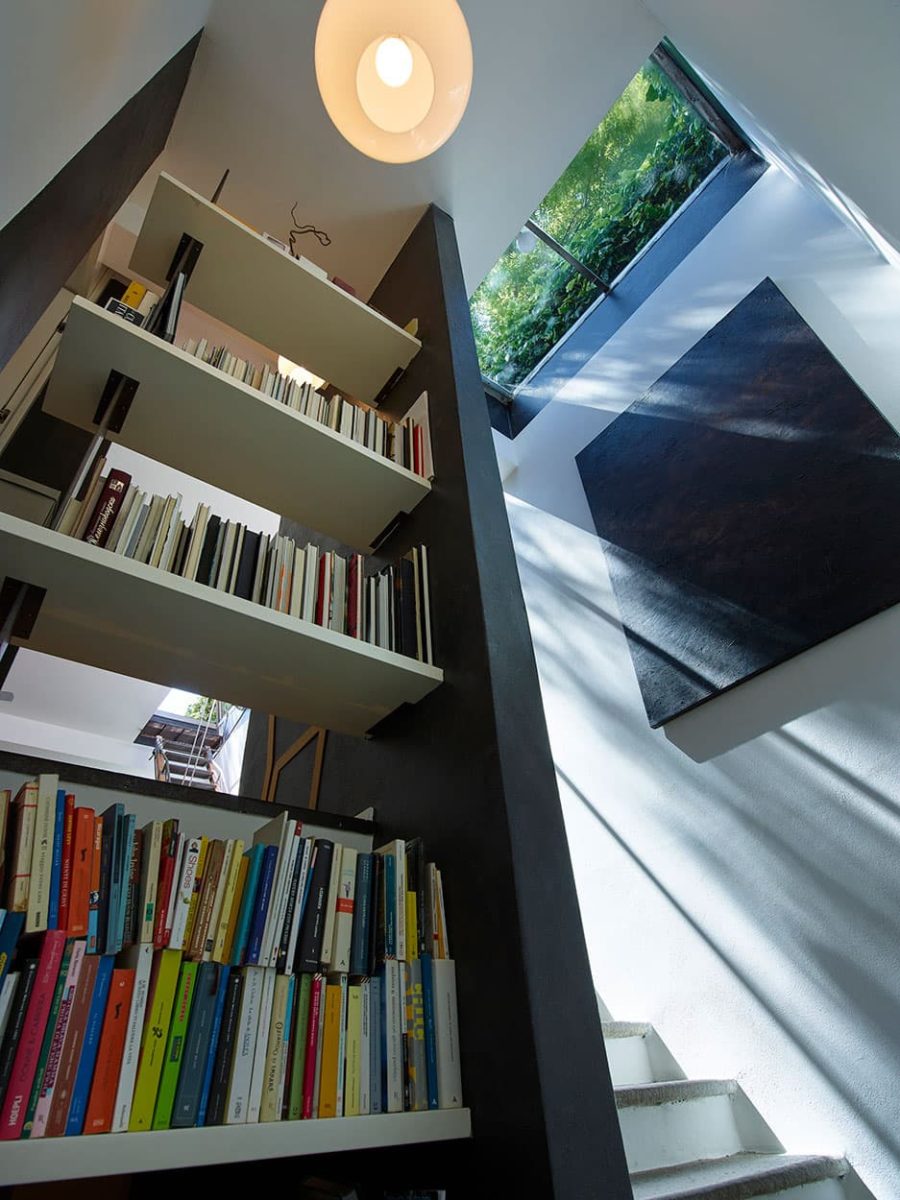 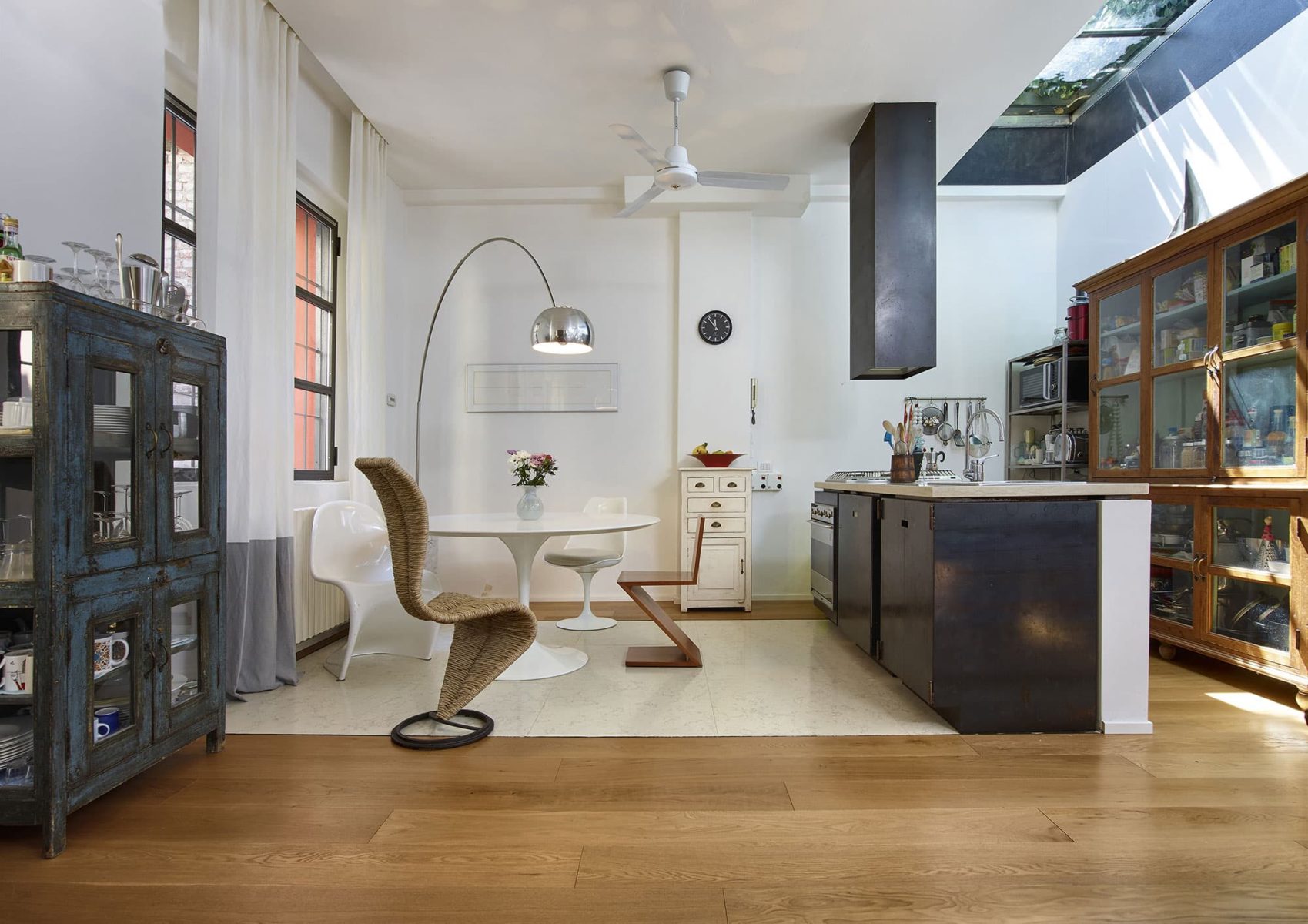 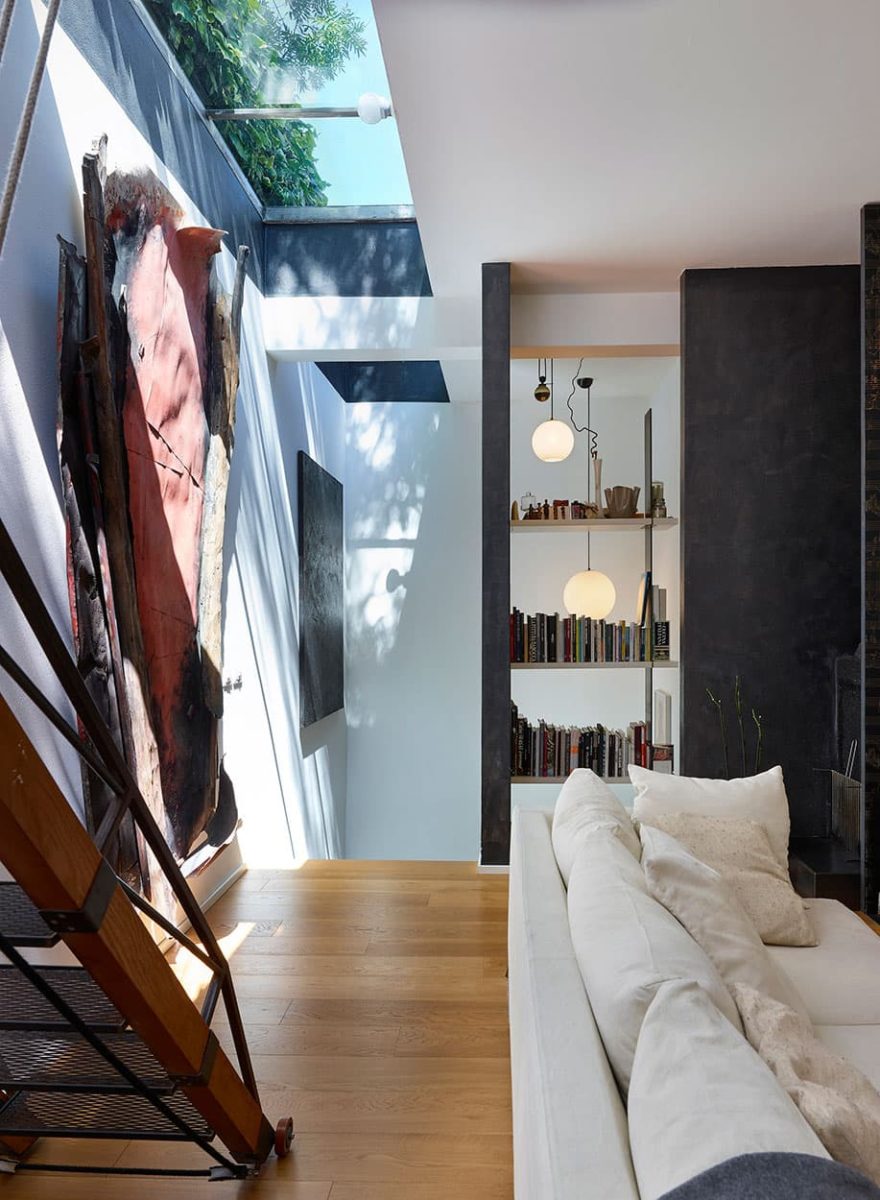 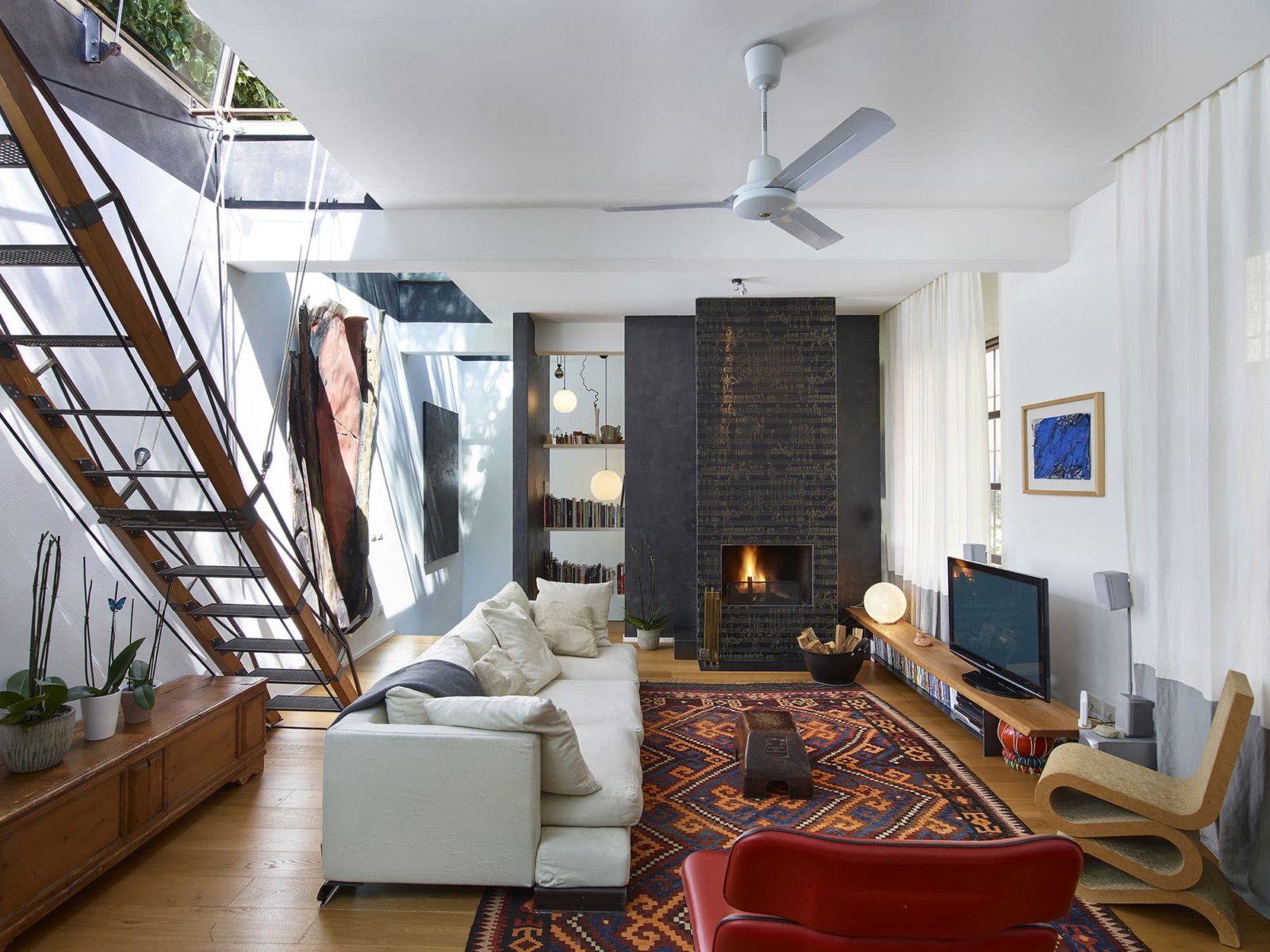 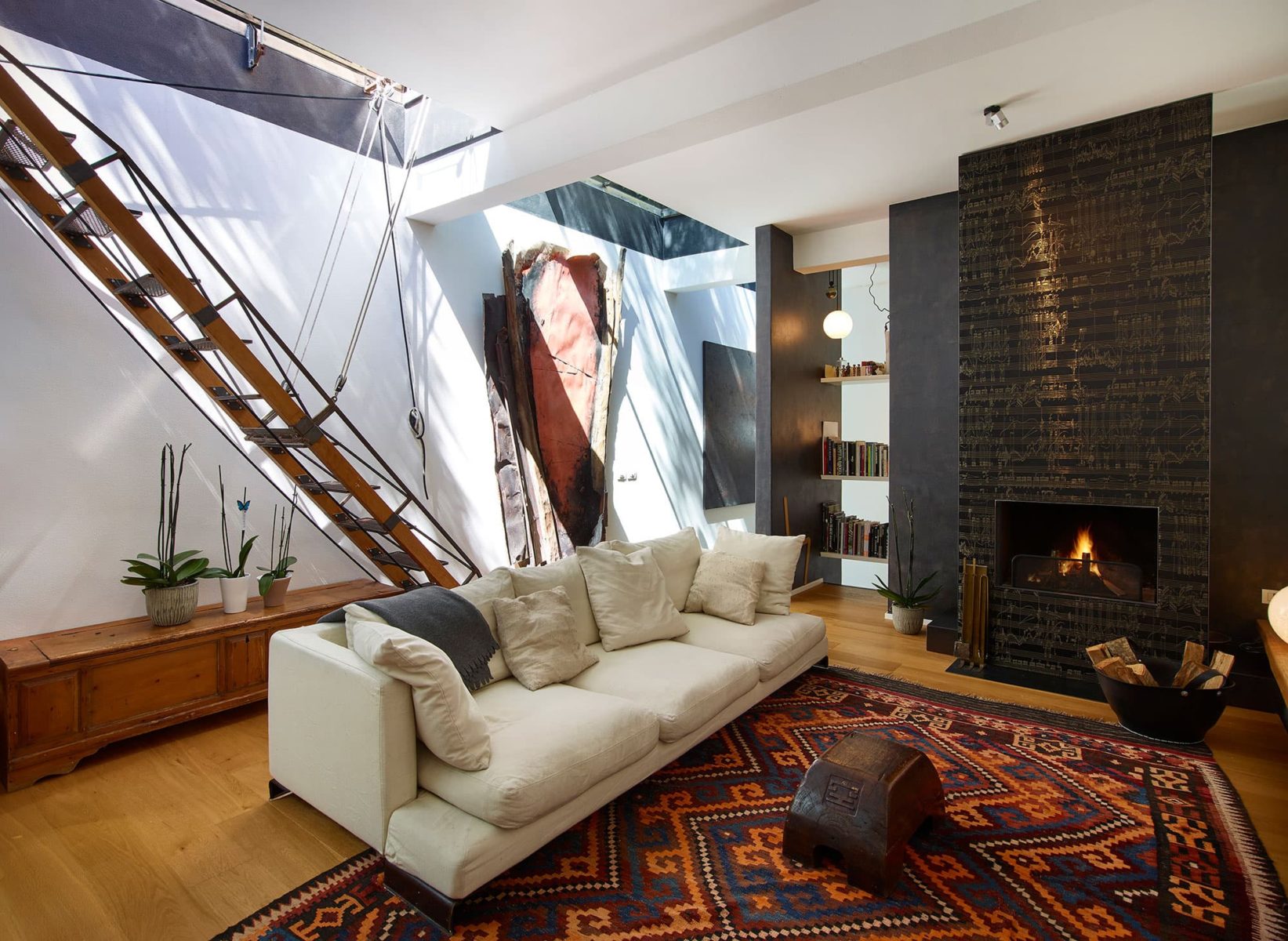 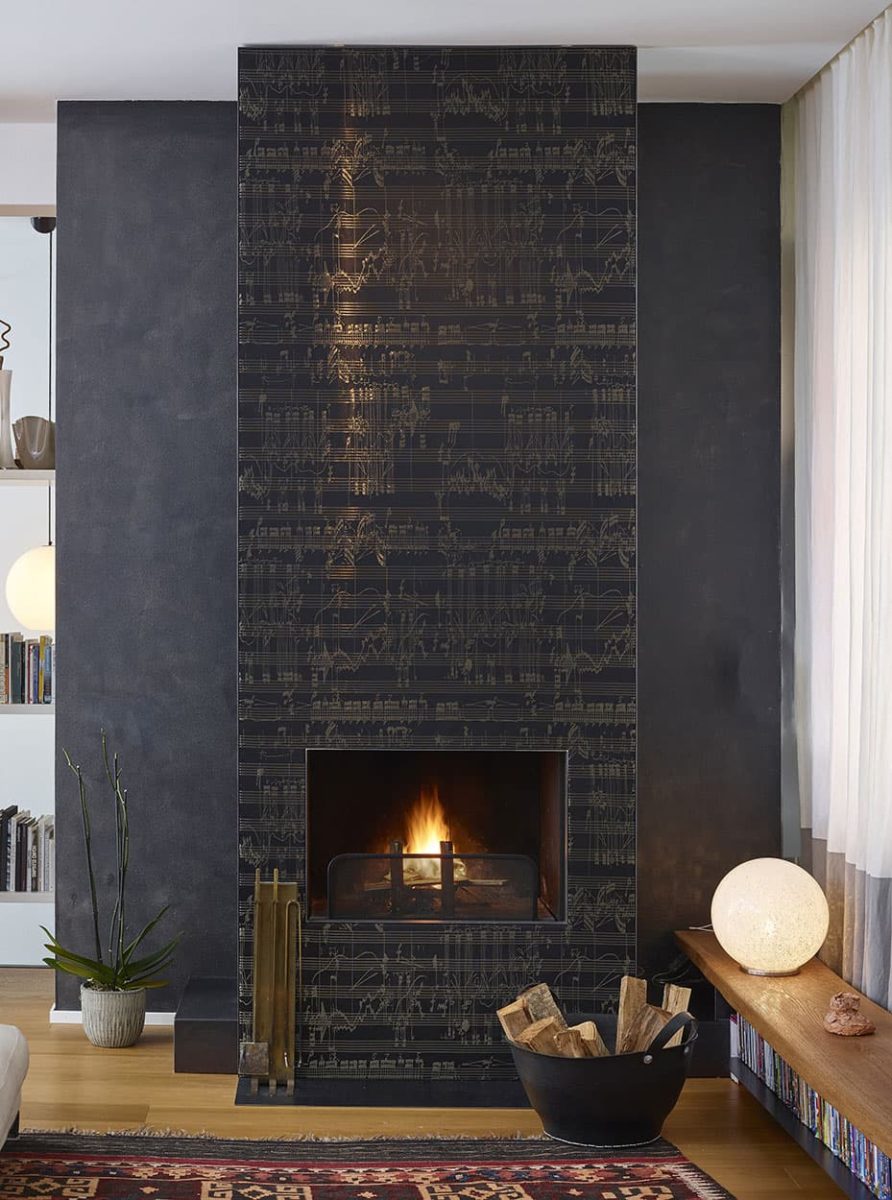 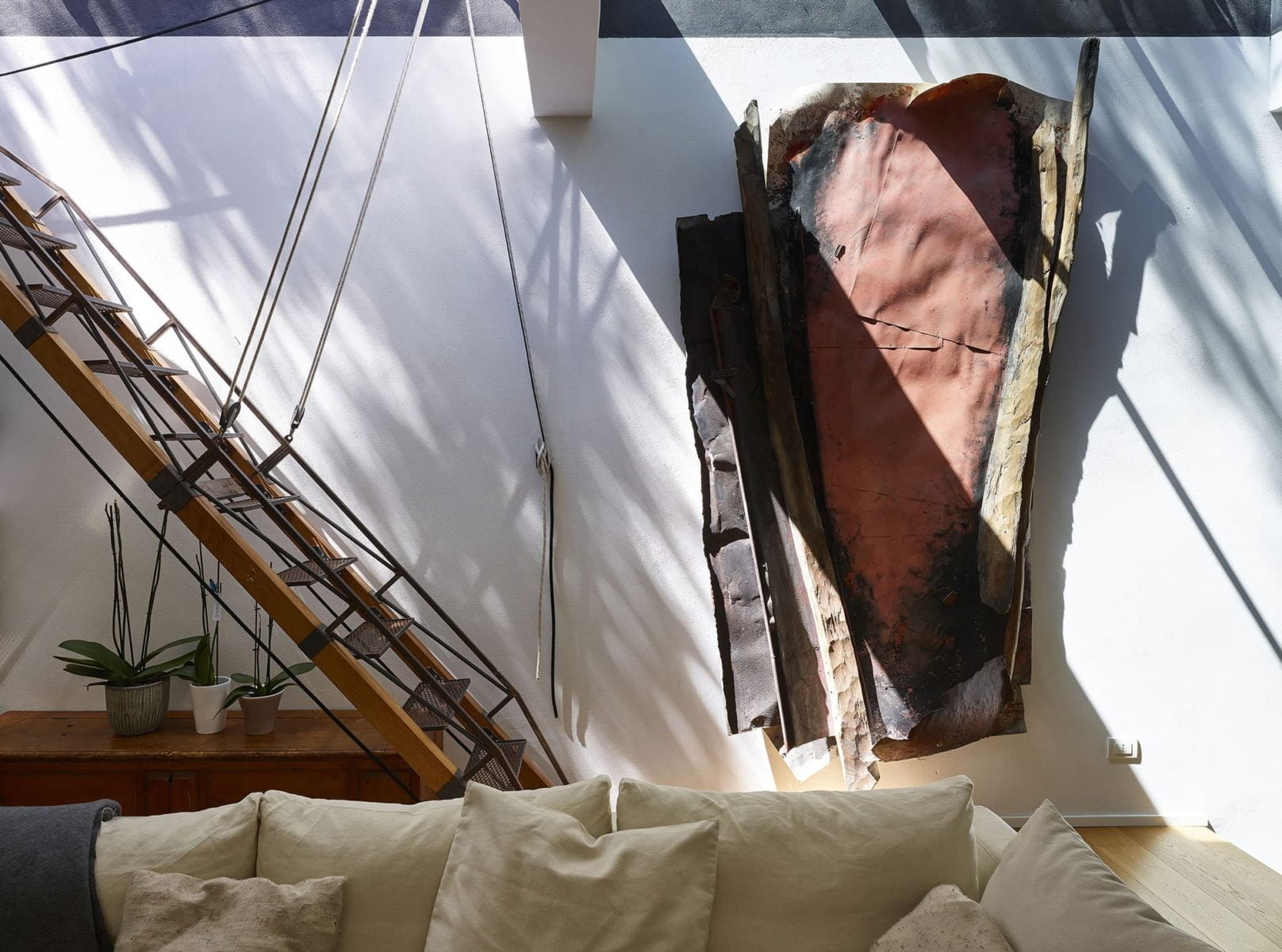 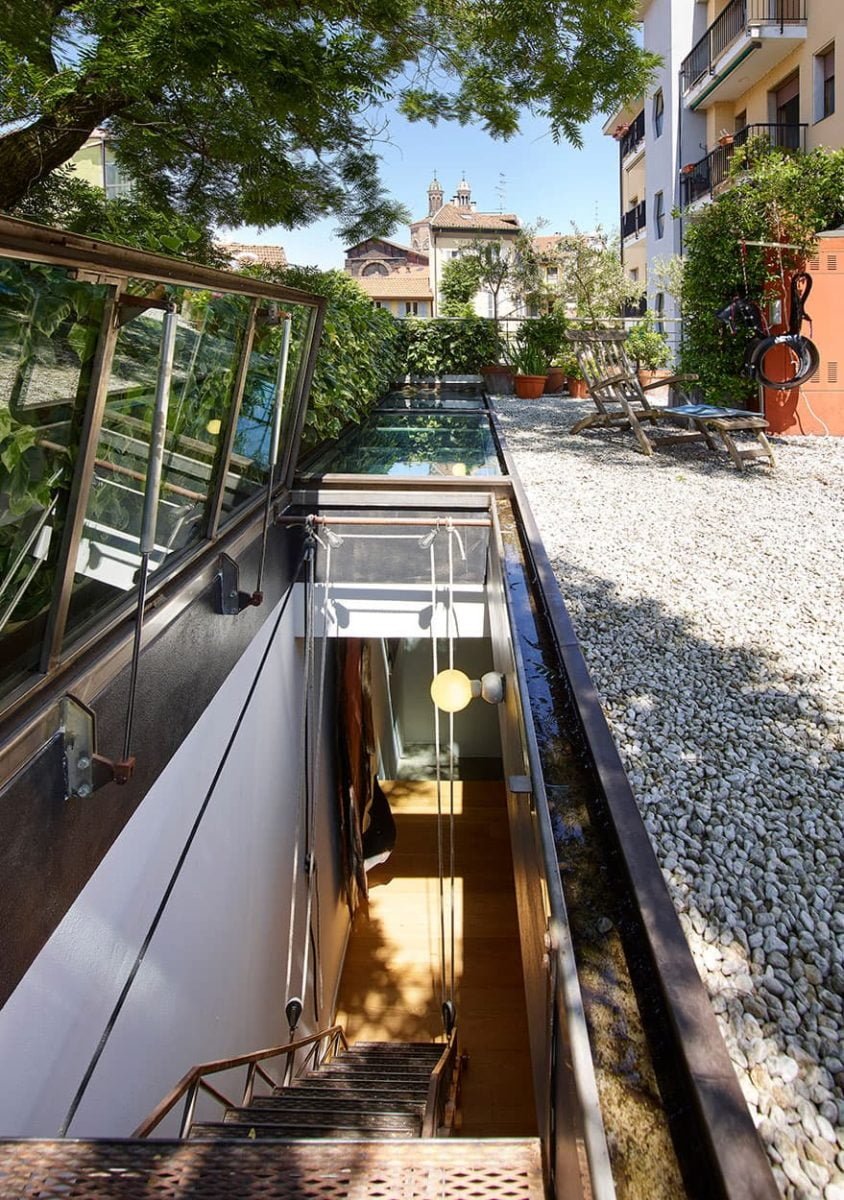 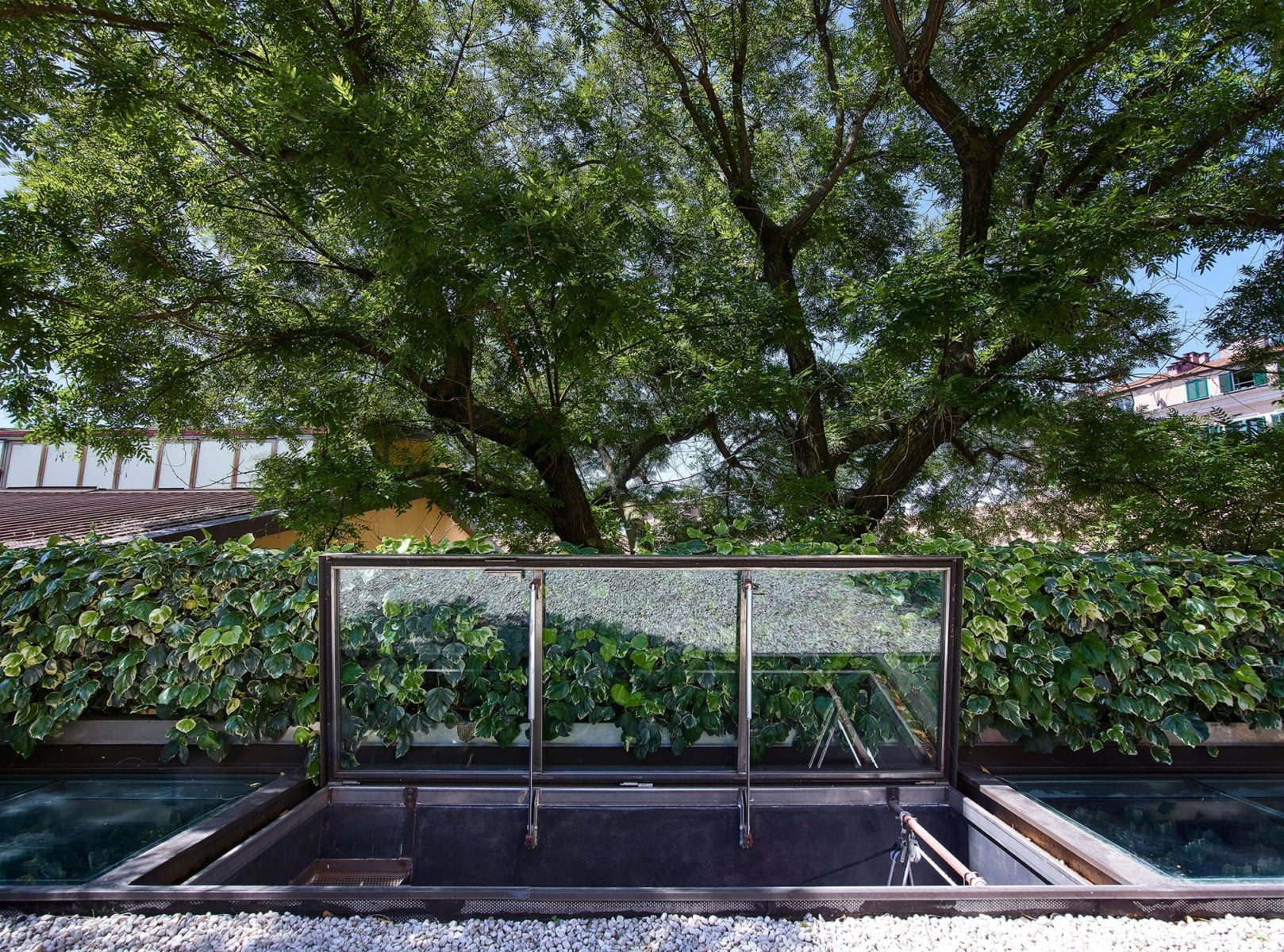 Right in the heart of the renowned Navigli neighbourhood, between Via Magolfa and Via Argelati, looking onto a small internal courtyard stands an independent two floor building, which was once a former warehouse of an art gallery

Built in the 1960’s, showcasing a reinforced concrete beam and pillar structure, it has a rectangular plan (11 by 6 metres for every floor) of which the north-east side is the only one with a view and an entrance (from the internal courtyard). The other sides are blind and border respectively onto two roof gardens, located at number 4 and at  number 8 in Via Fusetti and on the back of the building, with a courtyard in Via Argelati.

At the time of renovation (summer 2015) the warehouse was a single, fluid space on the ground and first floor with a stone staircase near the entrance (which has been kept intact), devoid of any plant or system and with poor lighting.

It was the light itself that suggested the choice to locate the night area on the ground floor, the darkest part of the house (2 bedrooms, 1 bathroom and a laundry room), while the living area is situated on the first floor, where through the cut of the roof slab a strip of flat skylights has been created (4 in total, one of which can be opened).

The light that flows from above the perimeter wall of the living room illuminates without being dazzling, while the irridescent shadows of a large leafy tree in the adjacent courtyard draw shadows on the wall by duplicating the view of the room and dilating the perception of the setting.

The spaces are divided by independent floors, which perfectly forge the need for privacy and yet at the same time create fluid views and different perspectives. Here we find again, partitions, covered with a “Spartito” fabric, which accompany the perception and the transition between the two levels, continuing up to the transparent skylight from which you can see the foliage of the tree and the sky. The space is clear of volumes and obstacles, it becomes more uniform, just as the exterior that faces the interior gives rise to a more detailed and less box-like domestic setting.

The flat roof has been transfomed into a terrace. Access is through an opening skylight (the others are flush with the floor and can be walked over. From here you can admire the tree, the gardens, the courtyard and the living room below.